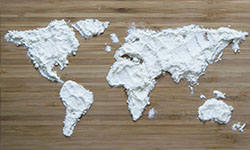 LONDON, ENGLAND — Due to reduced shipments to a number of destinations, most notably the Middle East and Asia, the International Grains Council (IGC) is forecasting a slight decline in 2019-20 global flour exports from its January estimate.
In its report, released on April 30, the IGC forecast trade at 14.8 million tonnes (wheat equivalent), down 5% from the 2018-19 total. If realized, it would be well below the record of 17.6 million tonnes in 2016-17. 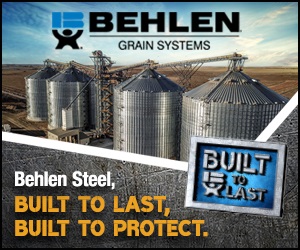 At 2.2 million tonnes, Afghanistan is forecast to once again be the world’s top flour importer, followed by Iraq at 1.9 million tonnes. Both totals are down about 300,000 tonnes compared to the previous year. Uzbekistan and Brazil are tied for third at a projected 600,000 tonnes of imports each.
“In (the Middle East), better local harvests are containing imports by Iraq and Syria,” the IGC said. “However, the number for Syria is moved up slightly from last time, while Iraq has indicated that additional imports are required ahead of the harvest to bolster reserves. This could include flour as well as milling wheat.”
The IGC added: “Imports by Afghanistan and Uzbekistan are short of a year ago, constrained by a tighter export surplus in their major supplier, Kazakhstan, and with little evidence as yet that they are turning to alternative origins.”
The IGC noted that while there were also downward adjustments for imports to the Philippines — (180,000 tonnes to 100,000) and other small markets, total shipments to sub-Saharan Africa is still on course to match the previous year’s total of 2.03 million tonnes.
The flour export side is once again dominated by Turkey, which is forecast at 5.3 million tonnes in 2019-20, up 100,000 tonnes from the January estimate and significantly higher than last year’s total of 4.9 million tonnes.
Ranked second is Kazakhstan, projected to export 2 million tonnes, unchanged from the January report. The IGC noted that Kazakhstan’s forecast flour shipments for 2019-20 are the least since 2007-08 following a disappointing local harvest.
“In order to preserve domestic supplies, Kazakhstan introduced export limits for April and May, including for wheat and flour, though the shipment cap may be removed in June,” the IGC said.
Argentina is forecast to rank third in 2019-20 flour exports at 900,000 tonnes, up slightly from 876,000 tonnes last year.
Looking ahead to 2020-21, the IGC’s initial projection is for a 2% increase in world wheat flour trade, to 15.1 million tonnes, including some recovery in purchases by Afghanistan and Uzbekistan.
“This assumes that export availabilities are more ample in Kazakhstan,” the IGC said.
The IGC did not comment on what impact, if any, the coronavirus (COVID-19) crisis was having on wheat flour trade.
Share
0 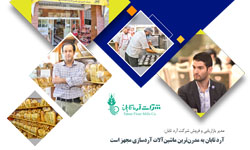 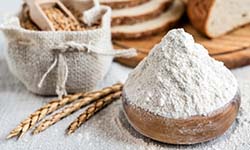 US per capita flour consumption slumps to 30-year low